Thinking of Dropping Out? Here's What You Need to Know. 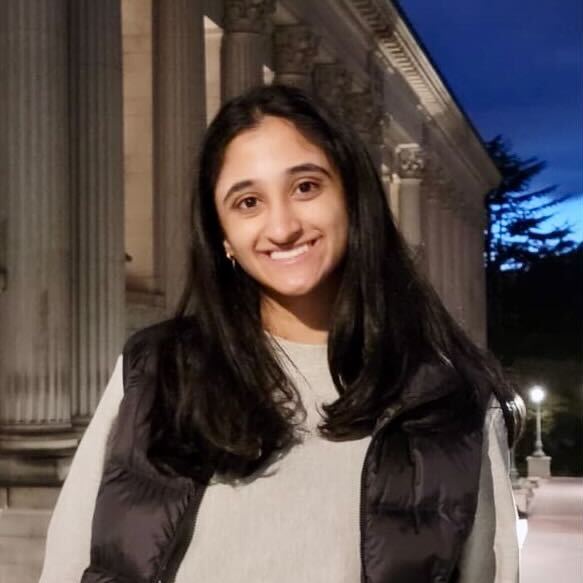 Prianka Subrahmanyam
Career Guides
More than one million students drop out of college every year and the startup world is full of success stories of people who never finished college. Alexandr Wang dropped out of MIT at 19 to build Scale AI, which is now worth upwards of $7 billion and serves clients like Toyota and Pinterest. And we’re all too familiar with the stories of Mark Zuckerberg leaving Harvard to found Facebook and Bill Gates dropping out (twice) to found Microsoft.

However, dropping out can be as stigmatized as it is glamorized. What we don't hear about are the people whose startup ideas never reach product market fit, the people who feel alone after leaving campus social life, and the people who end up not being taken seriously without a degree on their resume.

It’s a difficult route for a young person: there aren't many resources out there to help when you’re trying to build a career without college. So we’ve put together a realistic guide to dropping out, featuring stories and guidance from our community, to help you navigate this decision.

Why would you drop out of college?
How do I know if I should drop out?
What do I do with my time when I drop out?
What if I’m unable or not ready to drop out?
What’s out there to help me?
Subscribe to receive our weekly newsletter

Why would you drop out of college?

“My education was getting in the way of my learning,” explains Taryn Livingstone, a former Northeastern University mechanical engineering major. Earlier this year, she decided to take a leave of absence to focus on leading the Envision Accelerator and hacking on startup ideas. Although Northeastern provides a co-op structure where students rotate between internships and classes, Livingstone felt she didn’t have the freedom to pursue hands-on learning in venture capital and startups the way she wanted to. She’s now traded her dorm room for a spot in the Elysian House, a co-living environment in San Francisco filled with others taking time off from school to build."

Many dropouts share Livingstone’s sentiment; the time spent maintaining good grades comes to feel like a chore that’s getting in the way of more interesting opportunities. That is what happened to former Williams College student Davey Morse. After finding it difficult to organize his thoughts using note-taking solution, he started creating a tool of his own. Soon, he began spending long nights building Plexus instead of completing writing assignments. He decided to drop out to better spend his time turning Plexus into a Public Benefit Corporation.

Other college students find mismatches between program curriculums and the skillsets they need in the real world. One dropout mentioned “theoretical and intentionally difficult projects” as being a waste of time compared to hands-on building. Another, Lucas Kiefer, did finish his bachelor’s degree, he later decided to drop out in the middle of pursuing his master’s at Georgia Tech. He realized that the program’s material wasn’t relevant for him, and he left to join Recurrency as an engineer.

How do I know if I should drop out?

When deciding if you should drop out of college, you must consider why you previously decided you should attend college. What did you want to get out of university? In particular, why did you choose your specific university and program? Thinking back to high school can help frame your decision making process.

While some pursued higher education to learn superior technical skills, others attended college to gain a network. Ben Laufer, head of special projects at Contrary, knew he wanted to meet interesting people in college. After attending both Minerva Schools at KGI and Haverford College, he realized he wasn’t meeting people who shared his goals and values.  “Despite all the work that goes into college admissions, students still have to wade through a sea of others to find those aligned with them,” explained Laufer, who later built that community he found to be missing from universities. After dropping out he cofounded Edyfi, a network of curated co-living houses.

It’s fine if it isn’t totally clear if dropping out is right for you. Many dropouts, like Lucas Wang, have non-linear paths to making the decision. Wang took a gap year midway through NYU to work full-time at startups Lob and Maisonette.  But feeling out-of-place as the youngest worker in the workforce, he returned to school for one year before finally dropping out for good. Ultimately, he decided it was worth the risk of the uncomfortableness of being younger than his colleagues to nab a job as a software engineer at Coda.

What do I do with my time when I drop out?

The harsh reality for most dropouts is that no one is going to structure your time for you. There is very little support for this path, unlike a traditional college path, and it takes discipline to succeed.

Recent dropout Hunter Hancock developed a helpful framework that’s focused on finding new opportunities for learning, career development, life experiences, and social growth. Within these categories, he noted that the intangibles, like experiences, are more of a concern for most dropouts, rather than trying to replicate classes. He recommends breaking these down as follows and planning out how you can have an “equivalent or better” experience in each category.

Learning: Without the structured environment of classes to keep being exposed to new material, how will you continue to pick up new skills? Hands-on learning through a job generally gets you exposed to a different realm of topics than school. Dropouts emphasized that auditing classes or revising coursework can still be incredibly helpful after leaving school. For example, software engineering interviews can still heavily emphasize data structures and algorithms from intro-level programming coursework. Another case is working at a company in a highly specialized industry, like biotech or space, where a lot of subject-level expertise is required across all business functions.

Career: How will you support yourself financially and reach career milestones? If you don’t have anything specific lined up, getting a job at an early-stage company after dropping out is highly recommended. Startups are more willing to hire for full-time roles without a degree than more traditional companies. Hancock cold-emailed founders before finding a fit with his current company, Recurrency. This was after feeling unsatisfied with working in big tech, and just a 30-minute conversation showed him startups were a more exciting opportunity.

Life Experiences: College teaches you a lot about managing your time, living away from home on your own, and experiencing life with (nearly) full freedom. It’s inevitable that as a dropout you’ll experience even more independence and lack of structure than you would in college. Putting that degree of responsibility on yourself before you’re emotionally ready can be taxing, and if you don’t think you’re ready, then it may be a good idea to gain more life experience in college before leaving.

Social Networks: How will you build social and professional relationships? On the professional side, maintaining relationships with mentors and industry contacts is important for building credibility for yourself without a formal “stamp of approval” from a university. Dropouts said they relied on recommendations from former professors, managers, and co-workers to validate their expertise in the recruiting process. In terms of a social life, living close to your college campus, if you have the option, is a great way to keep experiencing campus life. If you have to move to a different city, look for a hacker house or similar co-living community.

What if I’m unable or not ready to drop out?

Dropping out is certainly not an option for everyone. In addition to financial reasons, many jobs still require a bachelor’s degree. The good news is that most universities allow indefinite leave or gap terms that can help you test the waters. Extended leaves can be helpful by allowing you to stay plugged into some university resources.

Kelvin Yu dropped out of Princeton to become a founding engineer at early-stage fintech Zage. But before he fully committed to dropping out, he took a year off school to experiment working at several different startups in San Francisco. He emphasized that if you have your mind set on applying to more stable, predictable jobs, then dropping out may not be the best option; these companies are often looking to check certain boxes in their hiring process (degrees, campus involvement, grades) which require remaining in school.

What’s out there to help me?

The short answer? Not much. Most dropouts express the sentiment that there aren’t many structured resources and opportunities for them. They find they’re wholly responsible for putting organizations and experiences together to build their own framework. There are a few categories of resources they found helpful, though:

Hacker Houses - Living in a community of like-minded people around your age is a perfect way to have social experiences while out of school. These houses curate people based on shared values and goals, and run for semester and summer terms. They’re based in hubs across the United States (like Genesis House in San Francisco) and the world (check out this opportunity to live in a hacker house in Seoul!).

Fellowships + Accelerators - Venture funds and other organizations put together cohorts of people for what’s essentially being part of a funded community of promising individuals. The Thiel Fellowship is likely the best-known example of this. Dropouts also recommended opportunities like Y Combinator, the Contrary Fellowship, and the Interact Fellowship. These programs can provide events, mentorship, no-strings-attached funding, and more.

University Policies - Get very familiar with your school’s rules for dropping out, and see how you can use these policies to your advantage. Dropouts we interviewed have negotiated their way into getting an honorary degree, being able to go on indefinite leave with the promise of financial aid if choosing to return, having dropout side project work counted for credits, and more. Having a reliable contact in admin is a valuable resource if you’re considering maintaining ties with a university.

Although dropping out is a difficult decision, it can reward you with freedom, career opportunities, and growth that you couldn’t achieve while still in school. While thinking it through and deciding what to do, keep in mind that everyone’s path is different and that success stories come from everyone - both people with and without a degree.