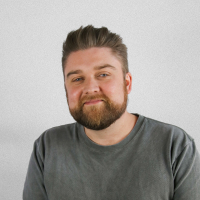 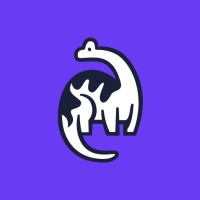 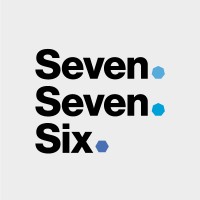 ‘Community’ has become something of a buzzword in recent years, and it can feelslike every company is trying to jump on the bandwagon. But Mac Reddin believes a genuinely community-led approach, properly developed, can be an engine for ongoing growth and success.

That’s why he co-founded Commsor in 2019, with the ultimate goal of becoming the operating system for community management. By leveraging data across a wide spectrum of community platforms — from Discord to Reddit, Facebook to Mailchimp — Commsor empowers startups to be intentional and objective about how they grow and engage with their communities.

Last year, Commsor raised a $50 million Series B at a $450 million valuation, led by Atomico with participation from Felicis, Slack Fund and 776. It has grown to a 50-strong team of fully remote workers, spread across the globe. (Mac himself works out of Copenhagen.)

Mac sat down with Startup Search to talk about Commsor, its culture, and what it means to be a truly community-led enterprise.

What were you doing before founding Commsor?
What does the shift to ‘community’ mean?
With that in mind, what does Commsor offer?
What’s the north star Commsor is working towards?
What about Commsor’s own community?
Why is now an exciting time to be at Commsor?

What were you doing before founding Commsor?

Commsor is my fourth company but my first VC-backed company. I have a relatively long background for my age of bootstrapping. My first business was a gaming network built on top of Minecraft. I don't think I ever thought about as community-building work at the time, but it was — really, it was about bringing players together. Everything I've done has been community-adjacent, even if I didn't realize it at the time.

That sent me down a path of thinking about community and the idea of bringing people together and what that does, and how it’s beneficial for business. I realized that of all the hats I’ve worn, the community-building and community-wrangling was the one I’d enjoyed most.

Fast forward to the early days of Commsor. It was started as an entry for a no-code hackathon. We had like three days to build a product without writing a single line of code. There was no intention of it being a business, let alone a business of this size or scale.

As Bob Ross would say: happy little accidents. It’s a good theme for my professional life.

What does the shift to ‘community’ mean?

The big change is that we’re going from a broadcast audience mindset to a connection mindset. It’s less about, “How can I sell to you or market to you or support you?” and more about actually connecting with other people and allowing those things to happen in a more organic way.

Having a community and being community-led aren't necessarily the same thing. A lot of companies are held up as having a great product and a great community, but if you go and talk to their head of sales — or their head of marketing, or their CEO — and ask them how the community impacts their job, they have no idea.

It doesn't always mean a tangible community. People often make the mistake of thinking it means you can point to a space like Slack or a forum and say, “Hey, we have a community!” But I think the best community-led companies are much subtler than that. Notion is a great example. They don’t have, like, a forum. But they do have a passionate community which shares with one another and creates incredible value.

What it comes down to is that there should be a reason why people genuinely want to connect through whatever it is you're doing. And companies are definitely being more intentional about that now.

With that in mind, what does Commsor offer?

If a sales team has Salesforce and a marketing team has HubSpot, community teams have Commsor.

We work off the idea that, in most companies, community is no longer hosted in just one place. It's not just a Slack, it's not just a forum. It's their social media, it's their Reddit, their events, their newsletters, their ambassador program — it's all these different things at once. It can make it difficult to answer a question as simple as ‘who is my most active member?’

Commsor set out to build a CRM which could solve that problem. At the core we connect disparate data sources to help people get a full picture of their community so they can be intentional about growing it. We continue to build a whole host of additional tools to further achieve that goal.

What makes us unique is that we're trying to toe the line between human and number. Part of the reason why we’ve seen a rise of communities is that business has gotten so algorithmic and so automation-driven over the last 20 years. Community, when done right, is a little bit of a counter-reaction to that.

What’s the north star Commsor is working towards?

The really ambitious vision is that we want to fundamentally change how companies get built. Just like product-led became a movement that changed the way companies got built.

And we’re seeing more and more founders who are community-minded or community-centric who create companies where community is the core ethos from day zero.

What about Commsor’s own community?

We say there are four layers of community: market, audience, member and internal. We treat our internal community as part of our broader company community. As a remote company, we have to be especially intentional about that.

Someone asked me this question the other day — about how we built a great company culture at Commsor. We’re building enterprise software, but we also don't take ourselves too seriously.

And our logo is a dinosaur. I think it's a great example of our culture — it actually started as a mistake and an internal joke. Someone on Twitter two years ago misspelled Commsor as ‘Commsaur’ — like a dinosaur. And then, internally, dinosaurs became a thing. We started hiding dino puns in our marketing and our product, and when it came time to make a logo, it was a dinosaur. Because why not? I think it's actually a great embodiment of our personality and the kind of company we are.

Why is now an exciting time to be at Commsor?

Well, there’s a million reasons. But if you compare Commsor to a person, I think we are exiting our awkward teenage years. The last year was a lot of the gangly growing pains that startups go through when they go from 10 to 50.

We are trying to design something that's really difficult, that hasn't been done before, and is really ambitious. But now you can really feel everyone rowing in the same direction, you can really see where the boat is going, and everyone’s behind it. It’s exciting.