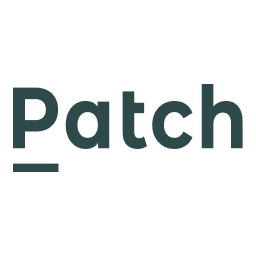 Building the infrastructure for a climate positive economy, starting with an API for carbon removal. 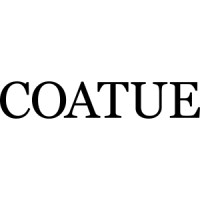 One month before the pandemic hit in early 2020, Brennan Spellacy quit his product manager job at hospitality unicorn Sonder to start something new: an API for businesses to measure and offset their carbon footprint. Rather than panic, Spellacy saw the global shutdown as fortuitous timing that enabled him to hyper-focus on building his startup Patch (with fellow Sonder-alum Aaron Grunfeld) uninterrupted for months on end.

That leap of faith has paid off. Today, Patch is one of the fastest-growing climate tech startups with 40 employees and $26 million in funding from Andreessen Horowitz, Coatue and others. It’s also landed the company a spot on this year’s Startup Search Climate List.

Though the jump from hospitality to climate change might seem like an odd move, Spellacy always envisioned working in the sustainability industry. He previously graduated from McGill University with a chemical engineering degree determined to work in the renewable energy space. But when his job search only turned up opportunities to work in oil and gas, he pivoted to a career in tech and eventually became one of Sonder’s first employees. In addition to meeting his eventual cofounder, Spellacy says the experience with Sonder gave him invaluable insight into scaling a business from 15 to 1,500 employees.

Now, Spellacy is poised to do the same for Patch. As companies and consumers alike develop sustainability commitments, Patch is helping hundreds of clients like Afterpay and Farfetch measure and offset emissions. As a standout startup in the 2022 Climate List, Startup Search spoke with Spellacy for a deep-dive into his plan for Patch.

Top Roles At Patch
How did you land on the idea for Patch?
Why do companies need to use Patch?
If you had this idea right earlier in your career, do you think it would have been as successful?
Talk to us about the culture you’re building at Patch.
Why is now a good time to join Patch?
Subscribe to receive our weekly newsletter

How did you land on the idea for Patch?

We realized that the carbon market as a whole was suffering from the same problems other markets had before a digital marketplace came along. From fragmented supply to low liquidity for sellers, there’s actually nothing particularly novel about the principles behind Patch. It’s just that this was a novel combination applying the same digital marketplace principles to a fast-growing ecosystem.

The thing that is different about Patch is the fact that we are an API first. The tons of carbon in the environment is coming from hundreds of billions of transactions and will require as many carbon calculations and capital allocations as it takes to add it to the air. A computer should be doing that work so how do you build an interface that a computer can understand? An API that can be augmented to the existing systems.

Why do companies need to use Patch?

If you want to remain competitive, you need to have some sort of sustainability strategy. It can’t just be from a back-office perspective, it has to be embedded into the product and future. All of the fastest growing DTC brands today have some sort of sustainability angle to them, whether it's Everlane or All Birds. There’s an opportunity to drive more revenue by operating sustainably and embedding it into your product. Patch helps companies like Afterpay and Purpose Investments shift to a sustainable product in a shorter amount of time. At the end of the day, you can basically have as high of a quality program as Microsoft, who has hired many people to build out their program, in an afternoon by using Patch.

If you had this idea right earlier in your career, do you think it would have been as successful?

Definitely not – and the answer is twofold. First, the amount that my cofounder Aaron Grunfeld and I learned being the first few employees at Sonder was absolutely invaluable. Having that experience was crucial. The second piece is timing. Being too early is the same as being wrong. Obviously, execution is important but you need both timing and execution to build generational businesses. If Coinbase was founded five years earlier, it probably wouldn’t have been such a breakout success. We’re fortunate enough to have timing and execution.

Talk to us about the culture you’re building at Patch.

We have a very different approach to culture-building. We empower everyone in the company, even when it’s just 40 people, to be incredibly entrepreneurial. If you're someone who likes creating structure and wrangling the chaos, you're going to really thrive at Patch. But if you're someone who needs slightly more direction or instruction, it's probably less of a fit.

We also operate like we’re all in this together. Climate change is going to affect everyone one way or another so we have a partnership-first mentality. Whether that’s interacting internally or externally, by default we need partnerships to get anything done. The counterbalance to this highly collaborative culture, is that it is also a very performance-driven culture. We have to move incredibly quickly because this is a time sensitive problem. And so although there are incredibly collaborative and empathetic elements, there is the expectation that a lot of things are going to get done at a very high level.

Why is now a good time to join Patch?

Historically, people who have worked in climate and sustainability have typically worked in consulting or policy or non-profits. That’s a phenomenal approach, but we’re seeing this new regime where technology is becoming a huge force multiplier. We attract a different type of talent because of how important our mission is. If you’re a person that’s not just in it for the paycheck, you unlock a different level of creativity and resilience. That’s a really powerful combination.