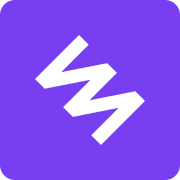 A place for kids to explore and discover, together. Whether you’re into coding or chess, drawing or astrophysics, there’s a club and a community ready for you here. 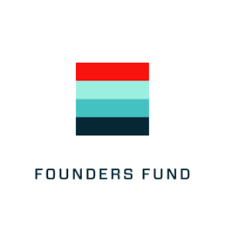 Historically, education technology has not been an area of high interest for entrepreneurs or investors. It’s a difficult industry with lots of regulatory hurdles, insufficient financial resources and a general sluggishness to adopt new platforms. But when the pandemic forced schooling to adapt to the digital age, an influx of technology and funding has fueled an edtech renaissance.

Last year, $20.8 billion was funneled by venture capitalists into edtech startups (compared to only $7 billion in 2019). The shift has breathed new life into an industry that has typically been regarded as a poor fit for venture capital. Here’s a look into six of the top education startups — up to Series D — that are leading the way and making an impact in the edtech revolution.

Want to land a startup job? Subscribe to our weekly email for insights and jobs.

Series A backed by Founders Fund.

For homeschooled students, one of the most difficult challenges is the lack of a real network of peers. Enter Primer: an online community for kids to explore interests ranging from coding to drawing to astrophysics. Having raised $18 million from investors like Founders Fund, Primer’s cofounder and CEO Ryan Delk recently launched its first microschool in Miami. The new microschools blend small in-person learning with hybrid courses that provide flexibility for students to explore their unique interests.

Primer is not the type of company Ryan’s mother would have envisioned for him, having served as a public school teacher who wrote her college thesis on why homeschooling should be illegal. But, the Delk family’s views on homeschooling changed drastically when they moved from an affluent Atlanta school district into a struggling Orlando school district that ranked one of the worst in the nation. Dismayed by the state of the school, Ryan’s mother elected to stop working and spend her time homeschooling Ryan.

For Ryan, Primer is a chance to build the type of homeschool network he wished he had when he was a kid. “The downside of my education experience was that I was limited to the 10 or 12 kids we knew were homeschooled in the area,” explains Ryan. “With Primer, the idea that I could've had like a little mini cofounder when I was 12 years old to work on projects together would've been so fun.”

Series A backed by Insight.

Though Saturn only recently emerged as a buzzy startup, an early version of the company’s tech went viral back in 2015. A junior in high school at the time, Saturn cofounder Dylan Diamond convinced his peers to eschew Snapchat and Instagram in favor of his social calendar app.

After a brief stint as a software engineer at Tesla, Dylan joined forces with Max Baron in 2018 to officially found Saturn (named after the Roman god of time). The app lets students share their school and personal calendar, as well as chat and plan in the social network. Today, the company has raised $44 million from investors like General Catalyst, Coatue, Marc Benioff and Ashton Kutcher.

Series B backed by a16z.

Early childhood education can do wonders for educational outcomes later in life. However, many cannot afford to send their youngsters to pre-K and about 50% of people live in a “childcare desert”. Backed by $56 million from investors like a16z and Goldman Sachs, Wonderschool is increasing access to affordable early-childhood education by helping individuals start their own childcare programs or preschools. They do this by handling the barriers to opening for business, like licensing, program setup, website development and marketing.

Cofounder and CEO Chris Bennett was inspired by his own early-childhood education program, which was run out of a local woman’s home. Bennett credits the program as a key differentiator that enabled him to be the first in his family to attend college. By enabling more caregivers to open preschool programs in their own homes, Bennett hopes to increase equitable access to the important service.

Course Hero was founded back in 2006 while CEO Andrew Grauer was an undergrad at Cornell. The platform was initially founded to provide courses for subjects not typically taught in university. Today, it has expanded to become a place for students to access 100 million course-specific study resources.

The majority of the company’s relatively long history was operated with very little venture capital (Andrew waited 8 years to raise the company’s Series A). But late last year, Course Hero surprised many by raising a massive $380 million Series C, bringing total funding to over $475 million. The surprise fundraise reflects Andrew’s new vision for the company to become the destination for every type of learning, primarily through the strategic acquisition of other education companies.

For the vast majority of ClassDojo’s decade in business, it did not generate revenue. Instead, it spent nearly its entire existence gathering tens of millions of free users to help parents and teachers communicate about students. But with over $190 million in funding from firms like General Catalyst and Signalfire, ClassDojo has ramped up its expansion and revenue-generating mission.

The new growth is thanks to an investment in the metaverse. ClassDojo cofounder Sam Chaudhary has played the long game by generating favor with users before truly monetizing a virtual reality space for kids (similar to the hyper-popular virtual game Roblox).

It’s notoriously difficult for companies to sell directly to schools. Regulations and red tape present massive barriers to widespread adoption. Despite that fact, Montreal-based Paper has raised $390 million for its educational software that provides 24/7 tutoring support for students in onboarded school districts.

The majority of tutoring services cater to the private market, which means the majority of them cater to students from affluent backgrounds. Paper cofounder and CEO Philip Cutler opted to go after the remaining market (which is significantly larger) by primarily going through public school systems. The online platform connects students with unlimited live tutoring on-demand.