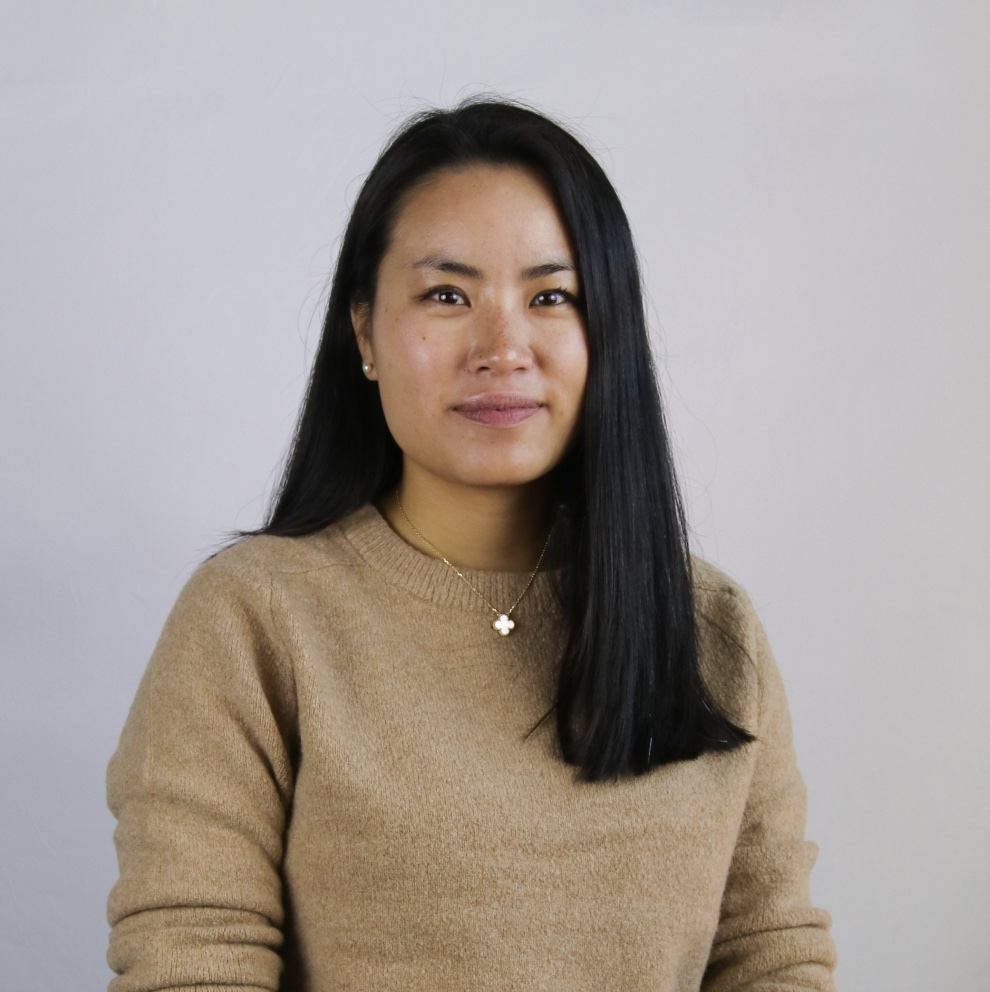 Jen Yang-Wong
Industry Insights
In startups, enthusiasm, curiosity, and cultural fit can matter just as much to getting a job as educational pedigree or job experience. While listening to the right podcasts won’t necessarily get you a startup job interview, it can help you seem plugged in and informed once you do.

Podcasts are also great because they are an easy way to get acclimated quickly to the key terms, concepts, ideas, people, businesses, and trends in the startup world at any given time. Fluency in this can often serve as a shibboleth in key situations like networking events or job interviews.

To kick off 2023, here are the 10 best podcasts for startup enthusiasts today.

1. The All-In Podcast with Chamath, Jason, Sacks & Friedberg
2. World of DaaS with Auren Hoffman
3. The Twenty Minute VC
4. Lenny’s Podcast
5. How I Built This with Guy Raz
6. Masters of Scale
7. Invest Like the Best with Patrick O’Shaugnessy
8. Acquired
9. Bankless
10. Cartoon Avatars
Subscribe to receive our weekly newsletter

The All-In Podcast is hosted by four self-described “besties” in tech whose origin as a group came from a recurring poker game, which is where the name of the podcast comes from. The “besties” are Social Capital CEO Chamath Palihapitiya, venture capitalist and Paypal Mafia member David Sacks, serial entrepreneur and science-lover David Friedberg, and moderator Jason Calcanis, who also hosts the popular podcast This Week in Startups (which deserves honorable mention as another great resource for startup enthusiasts).

The All-In Pod covers a wide range of topics including politics, science, and the macro-economic landscape, but the hosts consistently spend a lot of time discussing news in the startup world, trends in venture capital, and advice to founders. Recurring guests include Altimeter Capital’s Brad Gerstner and Flexport CEO Ryan Peterson, and also features occasional cameos from Elon Musk.

Having been launched in the early days of the covid lockdown in March 2020, the All-In Pod has since become one of the most popular podcasts not only in tech but in the entire country, driven by the chemistry of the co-hosts and the blend of entertainment with balanced and insightful coverage of a variety of topics. Featuring original and insightful viewpoints on tech from industry veterans, it’s a must-listen for startup enthusiasts.

2. World of DaaS with Auren Hoffman

World of DaaS is a podcast hosted by Auren Hoffman, the Arlington-based CEO of Safegraph. Started in June 2021, it has over 75 episodes as of January 2023 with guests including some of the most prominent people in tech today.

The podcast describes itself as follows:
World of DaaS is a podcast for data enthusiasts, by data enthusiasts, where Auren Hoffman talks to business and technology leaders about all things data - building it, acquiring it, analyzing it, and everything in between. World of DaaS will keep you up-to-date with the latest trends, best practices, and innovations to help you create the next great data business.”

Despite the name and description, World of DaaS covers a wide range of topics in tech beyond just data. World of DaaS is a great way to keep up with broader trends as well as getting tactical and strategic insights from some of the best operators and investors in the world.

Hosted by London-based Harry Stebbings, The Twenty Minute VC describes itself as “the largest independent venture capital podcast. Although most episodes run much longer than just 20 minutes, with 100K+ listeners and hundreds of episodes it’s one of the most popular and prolific podcasts in tech.

Interviews feature iconic venture capitalists and founders like Snowflake’s Frank Slootman, Spotify’s Daniel Ek, LinkedIn’s Reid Hoffman, or Coinbase’s Brian Armstrong. Many episodes include tactical lessons around product building, fundraising, hiring, and management, and it’s a great podcast for getting to know a lot of the major players in tech while also leveling up on those topics.

Hosted by writer and angel investor Lenny Rachitsky, Lenny’s Podcast features “interviews with world-class product leaders and growth experts to uncover concrete, actionable, and tactical advice to help you build, launch, and grow your own product.”

The product-focused pod was launched in June 2022 and has already attracted popularity and acclaim with 50+ episodes produced in its first six months. Listener reviews rave about it as the “best podcast for product” and “ an incredibly helpful resource for entrepreneurs and anyone working in tech”.

Popular episodes include “the art and science of pricing”, “how to be the best coach to product people”, “how to fire people with grace”, and “lessons from one of the world’s top executive recruiters.” Although product-focused, the podcast covers a range of topics within tech and features tactical advice for product builders directly from successful operators with first-hand experience.

5. How I Built This with Guy Raz

In this popular founder-focused podcast, How I Built This host and NPR journalist Guy Raz interviews “the world’s best-known entrepreneurs to learn how they built their iconic brands.” Each episode tells the story of a business founder and the internal struggles, lessons, and insights that led to their eventual success.

One of the most popular business podcasts in the world for years, How I Built This launched back in 2016 and has now published almost 500 episodes, with popular episodes including interviews with the founders of Bluemercury Marla and Barry Beck, Rivian founder RJ Scaringe, and Cruise Automation’s Kyle Vogt.

Although not all the companies featured in How I Built This are tech companies, there are few places that do a better job of covering the entrepreneurial journey that is so central to Silicon Valley culture, making it a top listen for people in the startup world.

Masters of Scale is a podcast hosted by Reid Hoffman, previously an early exec at PayPal who is best known as having been the founder of LinkedIn and is now a partner at Greylock; some episodes are also hosted by Bob Safian, previously editor-in-chief of Fast Company.

Launched in 2017, the podcast focuses on eliciting strategies that enable startups to grow from startups to global brands, and asks guests to share stories of entrepreneurship, leadership, management, and fundraising.

Masters of Scale’s recent guests include CEOs of iconic companies like Mercedez-Benz and Warby Parker and successful startups like Faire and Canva. Other popular episodes include interviews with Nike’s Phil Knight, Disney’s Bob Iger, and Ray Dalio. With the podcast’s mission being to “democratize entrepreneurship”, it’s a great listen for early-stage entrepreneurs looking for advice and inspiration in scaling a business.

Invest Like The Best is a business podcast hosted by Patrick O’Shaugnessy featuring conversations with “the best investors and business leaders in the world.” Launched back in 2016, some of the most popular episodes include interviews with Stripe’s John Collison, Microsoft’s Charlie Songhurst, Benchmark’s Bill Gurley, Spotify’s Daniel Ek and Ben Thompson from Stratechery.

Although not exclusively a tech podcast, as the list above shows tech companies feature heavily in Invest Like the Best. Reviewers praise its accessibility, information density, and the quality of insights that Patrick surfaces in conversations. For people working in tech as builders or early employees, it’s also a great glimpse into the mind of people sitting at the other side of the table in fundraising negotiations.

Launched in 2015 by hosts Ben Gilbert (Managing Director at Pioneer Square Labs) and David Rosenthal, the Acquired podcast boasts an audience of 250K+ listeners and has been ranked as the #1 Technology show on Apple Podcasts.

The show started as “a passion project to explore what made great acquisitions successful”, and promises listeners that they will learn “the playbooks that built the world’s greatest companies – and how you can apply them as a founder, operator, or investor.”

Popular recent episodes cover the stories of companies like Enron, Amazon Web Services, Qualcomm, and Benchmark Capital. As one of the longest-running and most popular podcast shows, it’s a good addition to the feed for anyone working in startups or planning to join one.

No list of podcasts for startup enthusiasts would be complete without including crypto. Despite the new crypto winter, Bankless is one of the most podcasts on all things Web3, defi and NFTs. Hosted by the duo of Ryan Sean Adams and David Hoffman, it features weekly roundups of news in a fast-moving industry as well as interviews with industry heavyweights – everyone from Vitalik Butherin to Sam Bankman-Fried, whose interview on Bankless may have been the spark for the series of events that led to the collapse of FTX following revelations of fraud.

Things change so quickly in crypto, and there is so much noise amidst the wild swings from market highs to market lows, that it often takes a crypto true believer to keep up with it all – which is what Ryan and David certainly are. So whether you’re a crypto skeptic or not, there are few podcasts that do as good of a job of helping listeners stay informed about what’s going on in the industry.

On the flip side of Bankless is Cartoon Avatars, which takes a more skeptical position on crypto and has an irreverent attitude towards tech in general. Hosted by Redpoint’s Logan Bartlett and occasionally Flatiron co-founder Zach Weinberg, Cartoon Avatars describes itself as covering “the biggest stories in tech, but the side nobody talks about. From the memes and Twitter beefs to the idiot billionaires”.

Popular recent episodes include a discussion of FTX’s collapse, the state of the tech market, and a conversation with Mark Cuban. Guests run the gamut of tech luminaries from Axios’s Dan Primack to a16z’s Benedict Evens to Plaid founder William Hockey. For its entertainment value and fearlessness in tackling controversial topics within tech, Cartoon Avatars is a great listen for people in startups and a good way to round out our list.

That’s all for now. What are your top tech podcast recommendations for 2023? Let us know on Twitter @startupsearch.